In some ways Kabir's birthday isn't special just for him, but also for us as parents. It makes a perfectly good reason to reflect on the past year and to make a note of all the special things about him. I've picked 10 random points below regarding his current favorites. I'd love to revisit these next year to compare how things have changed!

1. Kabir's favorite hobbies: "cooking" still tops this list. Only last week when I wasn't looking he emptied an entire jar of tea leaves into a pot of water and said "chai banayenge". His other hobbies include riding his tricycle, building "burj khalifa" with lego blocks and playing soccer with papa.

2. Favorite toy: His red chuk-chuk train that he fills up with different cargo every now and then - like old discarded CDs, lego blocks, other smaller cars and even food that he doesn't want to eat. He also likes to find good secure parking spots for his train like kitchen shelves and the pantry.

3. Favorite book: This changes pretty frequently. His current favorite is a book on trucks and another one that has a lot of pictures of trucks and other big vehicles. He also loves all his Dr Seuss books.

4. Favorite food: While Kabu isn't very picky about food, he does like variety. He also usually loves to eat something after seeing how it was cooked...which is why re-heated food from the fridge usually doesn't fly well with him (spoilt!). His favorite breakfast foods include poha, sabudana khichdi and oatmeal. Sometimes he likes to eat a bagel with hummus and tomatoes. His favorite lunch/dinner time meals include pasta with veggies, lobiya (black-eyed beans) or chhole with rice, rice & yellow moong daal, pulav, aaloo-puri and idlis. Additionally, he can have fruits, potato chips and soy icecream at any time of the day.

5. Favorite fruit: Kabu likes all fruits but his current favorite is Anaar (pomegranate).

Switching gears a little bit, here is some reflection on the last year from my perspective.

6. Most difficult experience in the past year: Finding out about Kabir's dairy, egg and tree nut allergy and dealing with it. We are fortunate that he is not a picky eater and hence the road hasn't been that rocky. Yet there were many times last year when Kabu had some violent reactions to allergens and those were some very painful times. I really hope this year will see him outgrow some of these allergies.

7. Most memorable time: There has been a lot of them obviously. But I have to say that the most beautiful time of my day everyday is waking up with Kabu next to me in bed (and all the other times in the middle of the night - thanks to his many kicks and movements in bed!). I never feel more mushy and lovey-dovey than when he talks himself to sleep or tries to snuggle with me in his sleep.

8. What I've been most proud of in the last year: accomplishing day time potty training by 18 months.

9. What I wish I had done differently: wish we had taken more vacations with him in the last year. Afterall we will need to start paying full airline fare for him from now on!

10. What I'm looking forward to most in the next year: Seeing him turn into a big brother!
Posted by Pooja at 3:14 PM 2 comments: 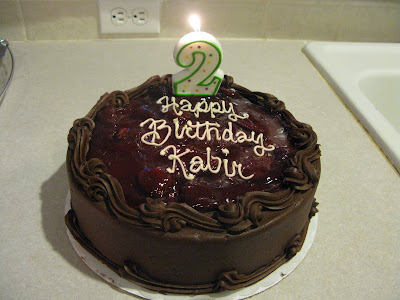 Kabir turned two today! While he obviously doesn't get what a birthday is, I think he has started associating it with balloons, party, friends and cake. And isn't that what it is all about (atleast at this age!)
We had a little celebration on Sunday with Kabir's little buddies. 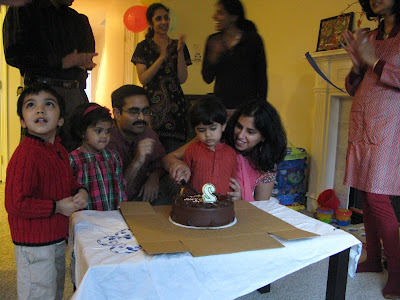 We ordered a special egg less & dairy less cake for the party. So for the first time he was able to enjoy cake like other kids. 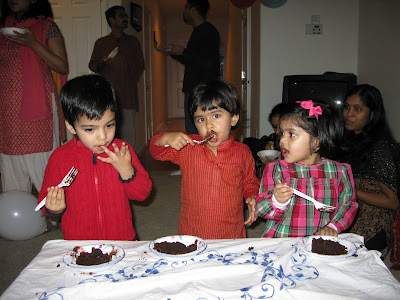 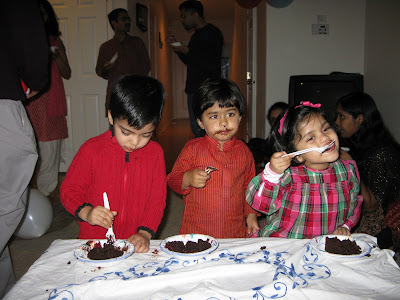 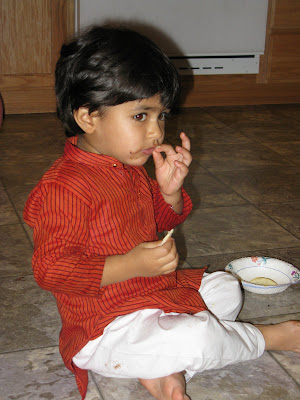 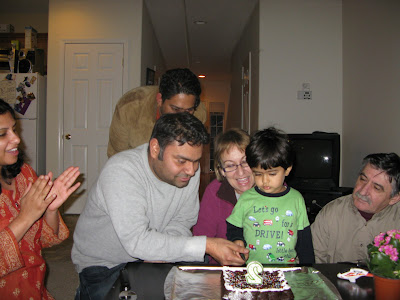 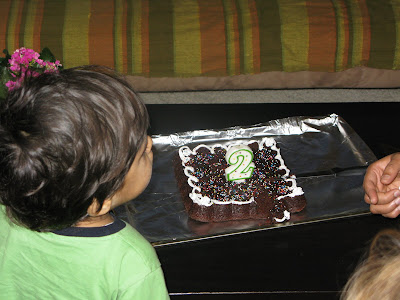 So all in all, we had a quite a bit of excitement and celebration around the big day! Happy birthday Kabu!
Posted by Pooja at 9:47 PM 4 comments:

Here is the last lot of pictures from the India trip.
The first two were taken with my friend Ruchi who came to visit us at home. Even though Kabu usually takes a while to get friendly with his "aunties", he immediately warmed up to Ruchi! 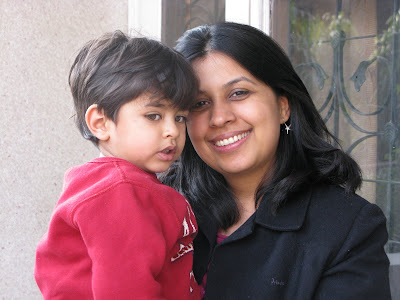 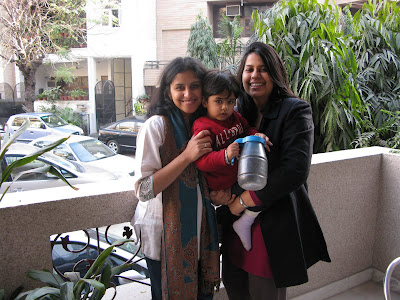 And finally, these last few pictures were taken one morning as Kabu played near a pond outside his nanaji's office. 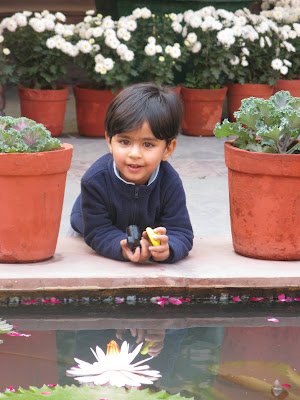 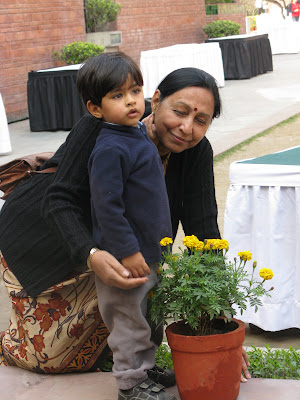 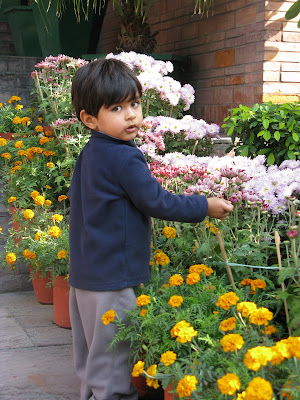 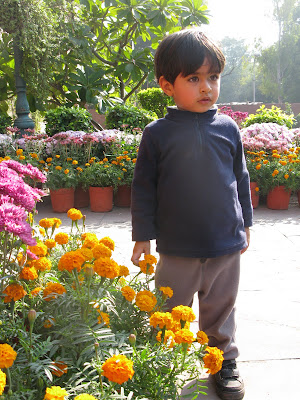 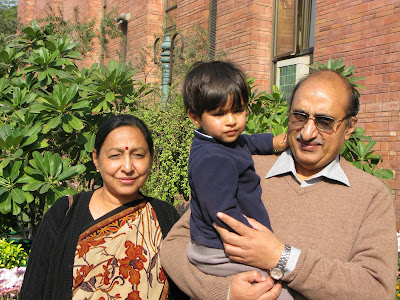